Welcome to Sonosphere the podcast that explores the sounds all around us in art and music movements through history. Sonosphere is now on WYXR 91.7 FM in Memphis, TN every Monday from 4-5pm. Today’s episode is a harrowing tale of a natural disaster that ravaged much of middle America, especially the South.

The Great Flood of 1927 was one of the most catastrophic floods in our nation’s history. In the summer of 1926 heavy rains started to fall along the Mississippi River, these heavy rains kept up and in March of 1927 levees started to break which led to flooding from Illinois to Mississippi displacing nearly 650,000 people and destroying 16 million acres of land.

In this episode we will discuss the formation of the Mississippi River, the events that led to the flood, the red cross’ response and how they used the media to shape public opinion, as well as  Blues songs that helped inform the public about the human turmoil that was a direct result of the flood. Listen in as we hear from Christopher Morris, Scotti Parish and David Evans about this extraordinary event.

Blues musicians presented the most accurate details about the Great Flood of 1927. There was greater Public awareness of the atrocities happening along the Mississippi. Blues songs of the time captured the events and hardships that black people endured during the flood. Though many blues songs were made about the flood we decided to showcase Backwater Blues by Bessie Smith. We spoke with David Evans about the origins of the song, how it became an anthem of the flood, and how the song inspired more musicians to sing about the flood.

Today we’ve heard songs by BBQ Bob, Memphis Minnie, Bessie Smith, and many of the blues songs feature artists like pianist James P Johnson who got their start with Black Swan records in early 20s. Sonosphere covered the short tenure of America’s first black-owned record label, Black Swan and the opera singer who shares the labels name – check it out on sonospherepodcast.com to hear the episode on the opera Singer, Elizabeth Taylor Greenfield and stay tuned for the Black Swan record label episode’s release in June.

Today we presented the story of possibly the worst natural disaster in our country’s history. The great flood of 1927 was of epic proportion. The flood displaced 650,000 residents and destroyed 16 million acres of land. The toll wrought along the Mississippi River from Cairo to the Gulf of Mexico forced people to seek refuge in Red Cross concentration camps. These camps were run in a manner that kept up the status-quo. Black men were forced to work on the levees in order to receive provisions. The levees were patrolled by armed national guardsmen. If anyone tried to escape they were severely beaten or killed. The government and Red Cross used technologies such as radio broadcast to disseminate information about the flood. Northerners got on board with the narrative that they were helping the desperate south. The South rejected this notion as they saw very little relief if any at all.

Blues songs of the day projected the struggles and tragedies in the delta. We highlighted Bessie Smith and her song Backwater Blues today. Although it was not written about the flood of 1927 it was released just as the Levees were breaking along the Mississippi. The song gained national notoriety in America. The song became an anthem of the Flood and led the way to many more songs written about the Great Flood of 1927 as well as songs pertaining to other natural disasters. When you listen to any of the songs about the flood you are transported there you gain a perspective about those that were affected by the great flood. These songs are time capsules of a time of havoc and disillusion in Black southern America.

Today we feature a live performance by Model Zero from the WYXR studio in Memphis, TN. Sonosphere interviewed the band after their latest single release, “Little Crystal.” The band performed this song and the b-side “Leather Trap” on our show along with a few other songs from their self-title LP from 2019. We also talked with the guys about the difference between the last album and this new single. Join us!

Today we talk with Detective – a collective of musicians, singers, songwriters and friends. In 2019 they released an album showcasing the range of their skills – from Blaxploitation to eerie sci-fi synths, this group really does it all!

We discuss Detective’s influences, favorite movies and technique’s they used to arrange the album. We also talk with Josh Breeden, aka St. Francis Elevator Ride, the “visual maestro” of the group. Josh brings video and digital art and design, driving the whole band’s film noir and horror aesthetic.

Come out to Black Lodge on Friday, March 18th for the entire experience!

Stream Sonic Tonic 4 on all the platforms and tune in to wyxr.org Mondays 4-5pm CT for Sonosphere program streaming live.

Stream Sonic Tonic 3 on all the platforms and tune in to wyxr.org Mondays 4-5pm CT for Sonosphere program streaming live.

Join us for a second round of our Sonic Tonic Happy Hour.

Welcome to Sonosphere. Here we feature our second show live on WYXR. We couldn’t be more excited for today’s show. Last week, we featured an interview with abstract turntablist Maria Chavez and vocalist Christina Carter. Today, we will continue our journey exploring the record player. You will hear some music from Cut Chemist, Handel, Lee Scratch Perry, Cab Callaway, Grandmaster Flash and others during the next hour. We will highlight the rise of the radio disc jockey and sampling.

Thanks to WYXR! Check out the newest station in Memphis. 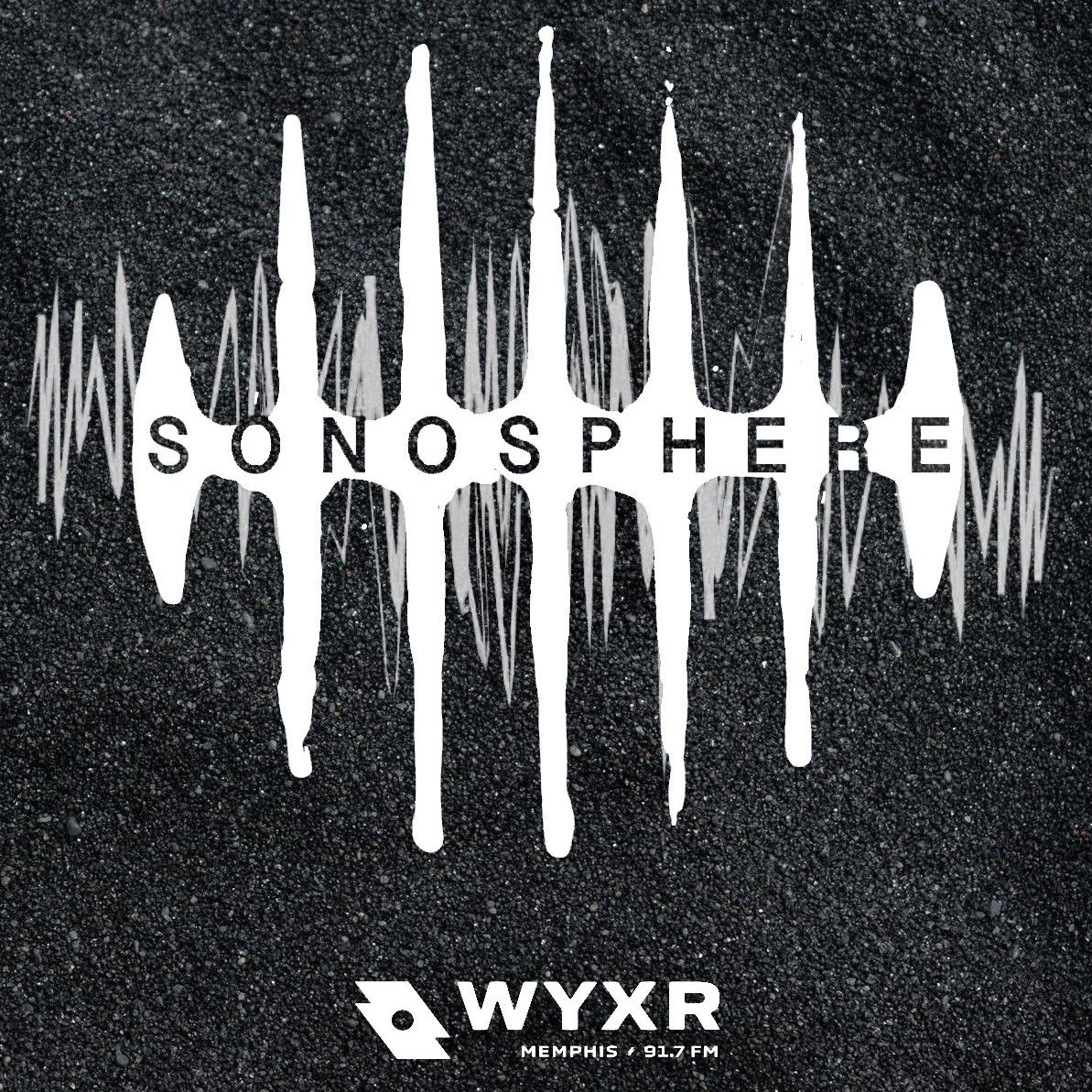 On this episode of Sonosphere we highlight the life and compositions of composer Margaret Bonds. So many people who made invaluable contributions to classical music have been nearly lost to history or are underappreciated in their time. Bonds is one of those characters.  We learned more about her when we covered one of her mentors, American composer Florence B. Price earlier in 2021 – be sure to check  out that episode. Bonds like Price is lesser known in the field of classical music – being both female and African-American – often not covered among classical European-based composers dominating the history of classical music.  One of Bonds’ largest and perhaps most important works–Montgomery Variations, written in 1965 during the Selma-to-Montgomery Freedom March and dedicated to Dr. Martin Luther King, Jr. On this MLK Day we celebrate composer Margaret Bonds. More information at sonospherepodcast.com

Get your tickets today!

Robert is also an electronic music composer working with analog synths and he performs about town.

Welcome to Sonosphere! The first artist we present in our 2019 Sound Observation series is Nadah El Shazly, Egyptian composer, musician and producer. She will be performing at Crosstown Arts’ Green Room on May 31st as a part of her first tour in the U.S. We are so excited to have her in Memphis. Artist talk at 7 pm, performance at 8 pm.

Sonosphere spoke briefly with Nadah prior to her show. She talks about collaborating in the Cairo music scene, her debut album and her experiences on her first U.S. tour.

Sonosphere’s last Sound Observation series for 2018 ended on a high note. We welcomed Nicole Mitchell to perform flute with electronics.

It was a beautiful show preceded by a panel talk on Afrofuturism that we’ve posted as the first part of this Sound Observations.

The discussion informed this improv performance keeping the works of afrofuturist writers and musicians at top of mind.