How has information shaped our lives? Are we really privy to all the knowledge available? David T. Little’s new album, AGENCY, seeks to investigate these questions.

On this episode we highlight composer David T. Little. The composer has a background that is as eclectic as his new album, AGENCY.  By combining all of  these influences David is ushering in a new age of opera. Sonosphere enjoyed a phone call with David as we talked about AGENCY as well as his path to this point in his illustrious career. 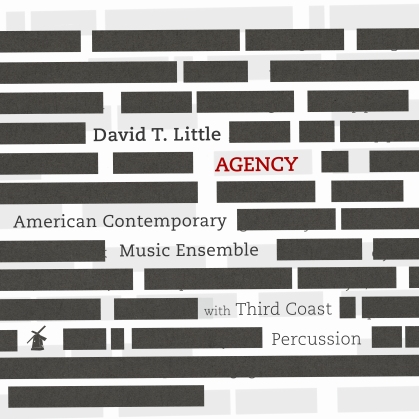 David T. Little’s AGENCY features the world premiere recording of the work for string quartet and electronics, which The New York Times calls “forthright, visceral, bloody, with the intimacy and polish of a classical chamber ensemble but bulging with the loud, reverberant sweatiness of rock.” Performed by “contemporary music dynamos” (NPR) American Contemporary Music Ensemble—with special guests, the Grammy-winning Third Coast Percussion, Andrew McKenna Lee (The Knells), and Julian Day—AGENCY is a journey into the nature of truth, rooted in the tension between ancient faith-based cultures and modern information-based societies. Using the language and tactics of espionage, AGENCY is riddled with secret messages, ciphers, and redactions. Illuminating our need to find truth, but suggesting that the truth might be.

The Roots of Disquiet – Notes on the Music from David T. Little:

Are we free agents in this world, controlling and deciding our own paths, or are we unknowingly influenced and manipulated by powerful external forces? Is the truth about this ever really knowable?

AGENCY poses these questions and examines their meaning through contrasts. It investigates the ideological rift between the Aboriginal holy site Uluru in central Australia, and Pine Gap, a massive American spy center of top-secret function, which sits just five hours to the north; the tension between ancient faith-based indigenous cultures and modern information-based societies made manifest.

Both Uluru and Pine Gap are cloaked in mystery. AGENCY is likewise riddled with secrets: ciphers and redactions in the musical score encrypt texts, map coordinates, and philosophical quotations. The result illuminates our need to find truth, but suggests that the truth might be unknowable. We may find only conjecture or faith.

AGENCY takes a more detached approach than its explicitly violent companion, Haunt of Last Nightfall (NWAM054). The violence of Haunt is chaotic and direct: it mines the history of the 1981 massacre at El Mozote, El Salvador for evidence of American complicity. The violence of AGENCY is a nefarious secret.

The questions asked by this pair of pieces once seemed speculative. However, as immigration from Central America takes center stage in the national debate, a work like Haunt suggests a U.S.-American cause to its dramatic 40-year rise. Similarly, a work about the impossibility of knowing the truth may have seemed odd in 2013, when AGENCY was written. But in the wake of “fake news,” the rise of deep fakes, and Russia’s alleged interference in the 2016 US election, it acquires political salience.

Together, AGENCY and Haunt of Last Nightfall present a portrait of the disquiet pervading contemporary American culture, exposing damaged roots. It is my hope these works may begin conversations within the arts world that branch beyond it.

ABOUT DAVID T. LITTLE
David T. Little is “one of the most imaginative young composers” on the scene (The New Yorker), with “a knack for overturning musical conventions” (The New York Times). His operas Dog Days, JFK, and Vinkensport (librettos by Royce Vavrek), and Soldier Songs have been widely acclaimed and performed around the globe, “prov[ing] beyond any doubt that opera has both a relevant present and a bright future” (The New York Times).

From 2014–2017, Little was Composer-in-Residence with Opera Philadelphia and Music-Theatre Group. He has previously served as Executive Director of the MATA Festival, and currently chairs the composition department at Mannes—The New School. The founding artistic director of the ensemble Newspeak, his music can be heard on New Amsterdam, Innova, Sono Luminus, and National Sawdust Tracks labels. He is published by Boosey & Hawkes.

ABOUT ACME
In a little more than a decade, led by cellist and artistic director Clarice Jensen, the American Contemporary Music Ensemble (ACME) has risen to the highest ranks of American new music through a mix of meticulous musicianship, artistic vision, engaging collaborations, and unwavering standards in every regard. The membership of the amorphous collective includes some of the brightest young stars in the field. NPR calls them “contemporary music dynamos,” and Strings reports, “ACME’s absorbing playing pulsed with warm energy. . . Shared glances and inhales triggered transitions in a flow so seamless it seemed learned in a Jedi temple.” ACME was honored by ASCAP during its 10th anniversary season in 2015 for the “virtuosity, passion, and commitment with which it performs and champions American composers.”

World premieres given by ACME include Ingram Marshall’s Psalmbook, Jóhann Jóhannsson’s Drone Mass (commissioned by ACME in 2015; recorded for Deutsche Grammophon in 2019), Caroline Shaw’s Ritornello, Phil Kline’s Out Cold, William Brittelle’s Loving the Chambered Nautilus, Timo Andres’ Senior and Thrive on Routine, Caleb Burhans’ Jahrzeit, and many more. In 2016 at The Kitchen, ACME premiered Clarice Jensen’s transcription of Julius Eastman’s The Holy Presence of Joan d’Arc for ten cellos, the score of which had been lost since the premiere in 1981. Jensen transcribed a recording of the work to recreate the score.

ABOUT THIRD COAST PERCUSSION
Third Coast Percussion is a Grammy Award-winning Chicago-based percussion quartet. For fifteen years, the ensemble has created exciting and unexpected performances that constantly redefine the classical music experience. The ensemble has been praised for “commandingly elegant” (New York Times) performances, the “rare power” (Washington Post) of their recordings, and “an inspirational sense of fun and curiosity” (Minnesota Star-Tribune). Third Coast Percussion maintains a busy tour schedule, with past performances in 33 of the 50 states plus international tour dates on 4 continents. Third Coast Percussion has commissioned and premiered over 60 new works by composers including Philip Glass, Augusta Read Thomas, David T. Little and Devonté Hynes. 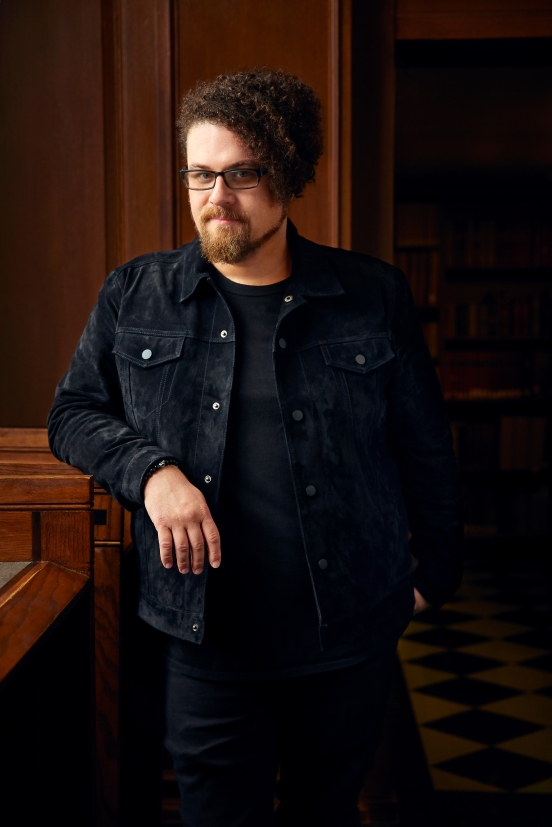